Think “Standby Generator” for the Next Hurricane Season.

In fact, the season ended with 11 named storms formed and four hurricanes, two of which became major hurricanes. No hurricanes made landfall in the United States this year, but two tropical storms struck the northeastern coast of South Carolina and Texas, respectively.

The why of it all seems to be beyond us all. Factored into this years forecast was the presence of El Niño in the Pacific, which NOAA says results in cooler than average ocean temperatures that tend to dampen the formation of hurricanes in the Atlantic.

But using the hashtag #ItOnlyTakesOne, the National Hurricane Center cautioned that “A below-normal season doesn’t mean we’re off the hook. As we’ve seen before, below-normal seasons can still produce catastrophic impacts to communities.” They were referring to the 1992 season in which there were only seven named storms but the first, Hurricane Andrew, developed into a category 5 hurricane that devastated South Florida.  So, Treasure Coast residents should take the warning to heart.

Of course, it doesn’t take a hurricane to knock out your power or knock down your trees, as victims of tornadoes, Nor’easters and other weather events well know. Anyone who lived through such hurricanes as Katrina and Sandy likely remembers getting along for days or weeks without electricity. Those events are why interest in standby generators has surged.

Standby generators offer a steadfast solution to extended outages. Unlike portable generators, they’re installed permanently on a concrete pad and will provide uninterrupted backup for days. That’s because they’re connected directly to your home’s electrical panel and powered by an external fuel supply, such as natural gas, liquid propane, or diesel. Smaller, air-cooled essential-circuit units are slightly larger than portable generators and can energize just a few circuits at a time. Larger, liquid-cooled whole-house systems will do just that—they’ll comfortably power an entire home.

Standby generators have the advantage over portable generator. They can switch on automatically when your power goes off, eliminating the hassle of refueling and offering hundreds of hours of uninterrupted run-time. But, they are costly, complicated machines. Some of these sophisticated machines can cost more than $20,000 installed, and some are the size of a small car.

Standby Generator Installation is not for rookies.

Hire a professional to assess not only your load needs, but also the logistics of installing a standby generator at your home. If you’re planning on connecting to your local natural gas system, you’ll need a high-pressure, high-volume line, which isn’t available in some towns. If it is, you’ll probably have to pay your utility a fee to access it.

Installing a standby generator is no DIY project. It requires advanced electrical and plumbing skills, as well as knowledge of local building codes. You’ll also need permits before you start and inspections when you’re done. Because of these complexities, professional installations can sometimes triple the cost of a standby generator.

Have you decided that a generator is right for you? Do you have a generator that needs to be serviced?  Give us a call; we can help you every step of the way.

Would you like a complimentary…no obligation …project consultation? Please feel free to call for more details. 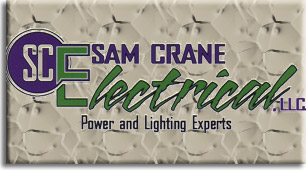 Sam Power! Power When YOU Need It!

Through weathered times, we at Always Ready Generators have remained committed to our customers, employees, and communities. As we monitor the progress of the novel coronavirus (COVID-19), we are faced with the challenge of thwarting the spread of the illness. The health and safety of our customers, and team are our highest priority.

Our team has implemented the following procedures to help prevent the spread of the virus.

Please be assured of our absolute commitment to take action to the best of our ability to reduce risks and impact.